Charles Spindler (1865-1938), a native of Boersch, moved to Saint-Léonard and opened his workshop in 1893. He recruited residents of Boersch and the surrounding villages, and trained them in the art of marquetry.

In the 1930s, the workshop was handed down to his son Paul (1906-1980), who continued to produce Alsatian-themed work as well as exploring new creative fields.
Jean-Charles took over the family business in 1975 and surrounded himself with a team of highly qualified marqueteurs.

Today, the Saint-Léonard workshop produces the contemporary creations of Jean-Charles Spindler as well as works from the traditional Alsatian repertoire.

Jean-Charles Spindler and his workshop have enjoyed the status of a Living Heritage Enterprise (EPV) since 2006. This certification is an official recognition by the State, highlighting French businesses with exceptional expertise in crafts and industry. 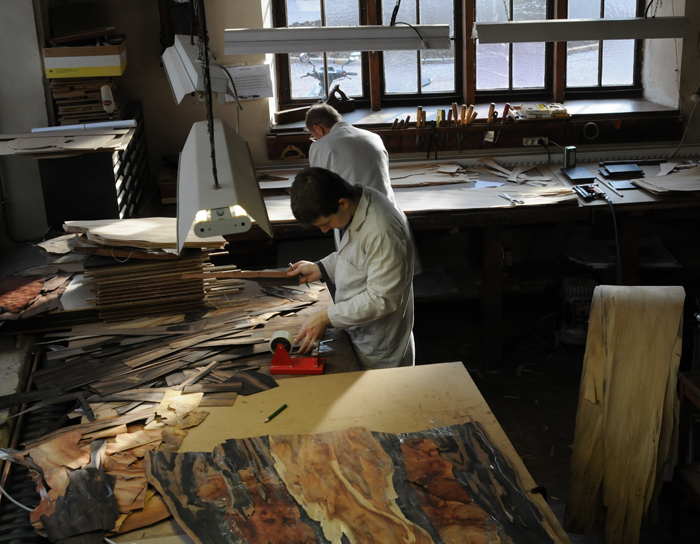 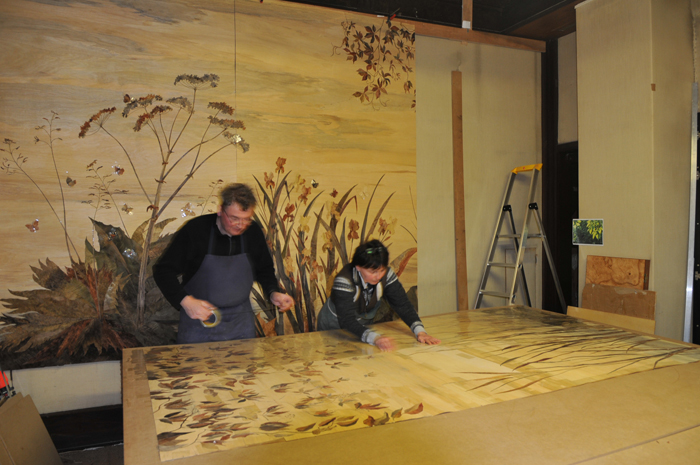 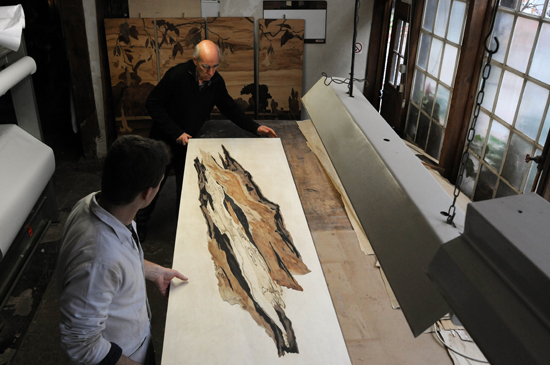